Why 'Redraw the Map' of Religion?

For many Redlands undergraduates, an introductory World Religions course constitutes their first encounter with diverse religious praxis. Among these, prior religious experience often finds expression solely in value-laden, binaried terms. Students from overtly Christian settings, routinely name the familiar normative, defining alternate religious ‘truth’, at best, secondary. Those formed in explicitly secular settings, view religion as a cultural curiosity, a fundamentally flawed source of conflict and repression. Per these dichotomies, three inter-related issues structured our “Re-drawing the Map” initiative. Each is endemic to the overtly Christian/explicitly secular, and sometimes quite conservative, Southern California landscapes that our students call home. (1) Balancing broad representation of Religion as a single, ‘stable’ or ‘static’ repository of “truth”, funding from the Wabash Center for Teaching and Learning in Theology and Religion has afforded the wherewithal to develop collaborative curricula aimed at introducing malleable “spatial” models that emphasize, rather than efface, the supple character of religious belief and practice. (2) Countering characterization of religion as a divisive and de-stabilizing force, grant monies have facilitated “geographical” exploration of landscapes shaped by cross-cultural confluence, intersection and exchange. (3) Complexifying configurations of religion as a societal inhibitor/constraint, funds have supported student investigation of religion as a creative force, and a catalyst for artistic expression, ethical praxis, and scientific thought.

Redrawing the Map of ... Religion and Healing 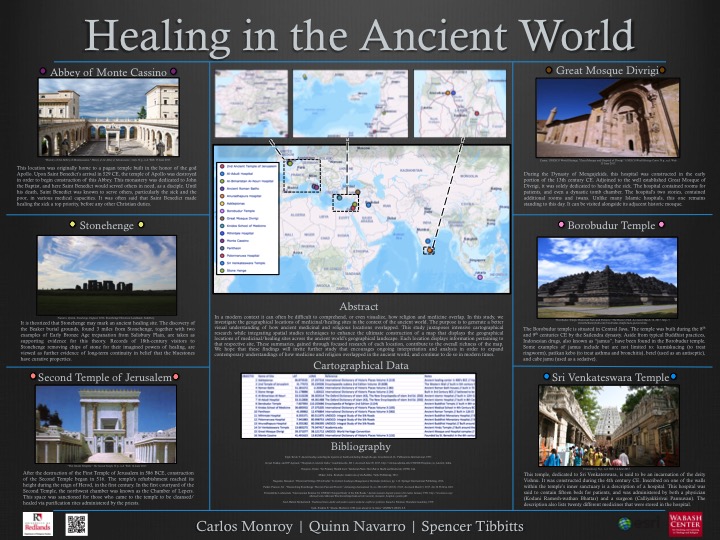 Redrawing the Map of ... Religion and Medicine 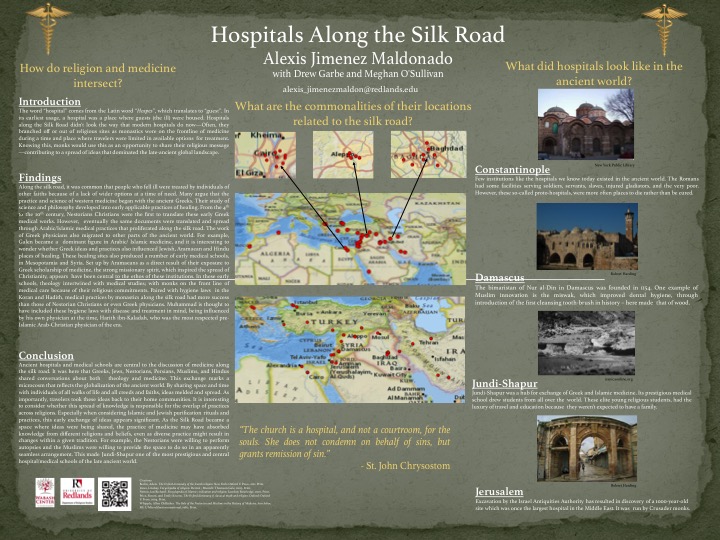 Redrawing the Map of ... Religion on the Silk Road 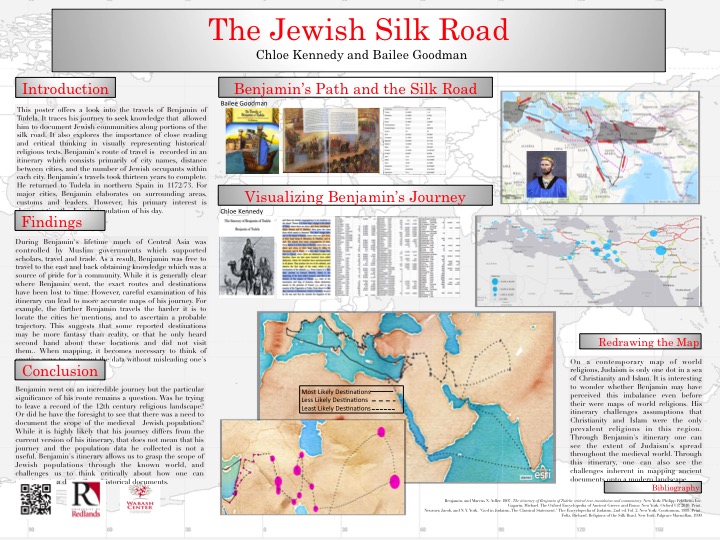 Redrawing the Map of ... Religion and Migration 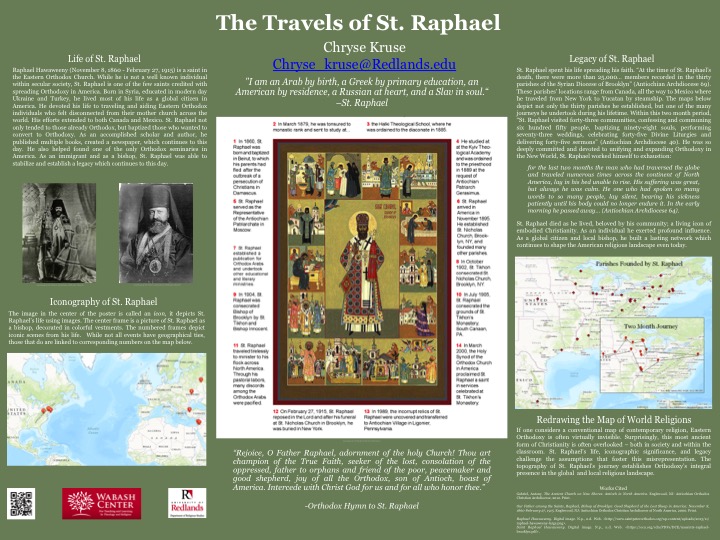 Redrawing the Map of ... Religious Intersection and Exchange 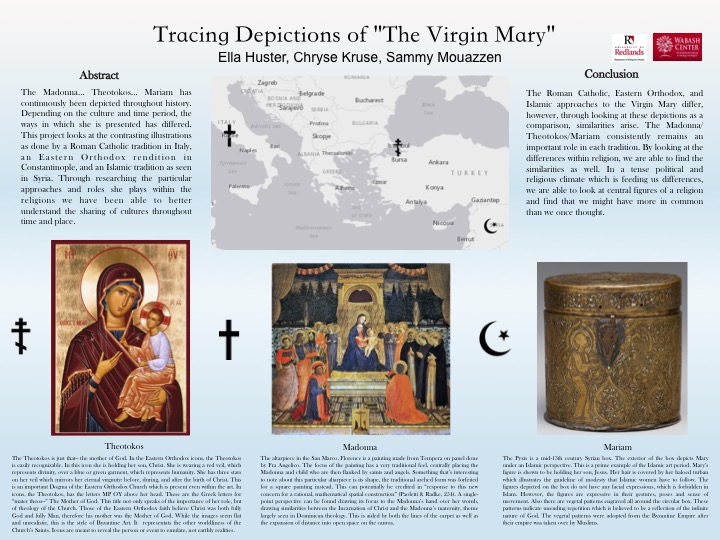 Redrawing the Map of ... Religion and Education 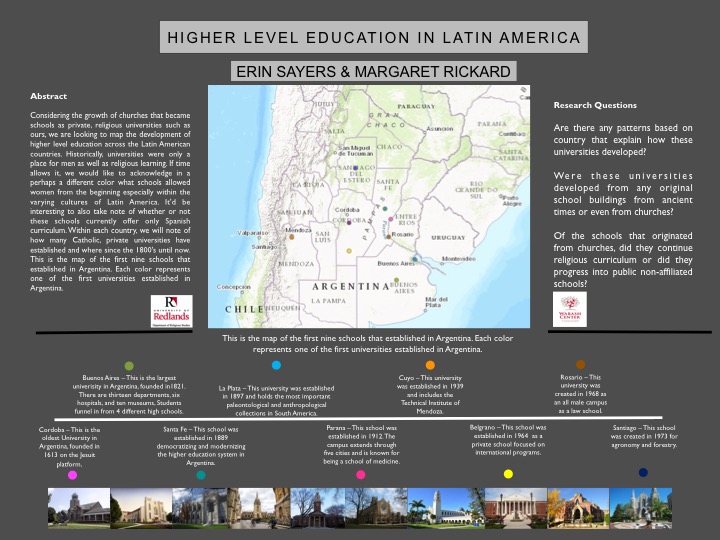 Redrawing the Map of ... Religion and Economics 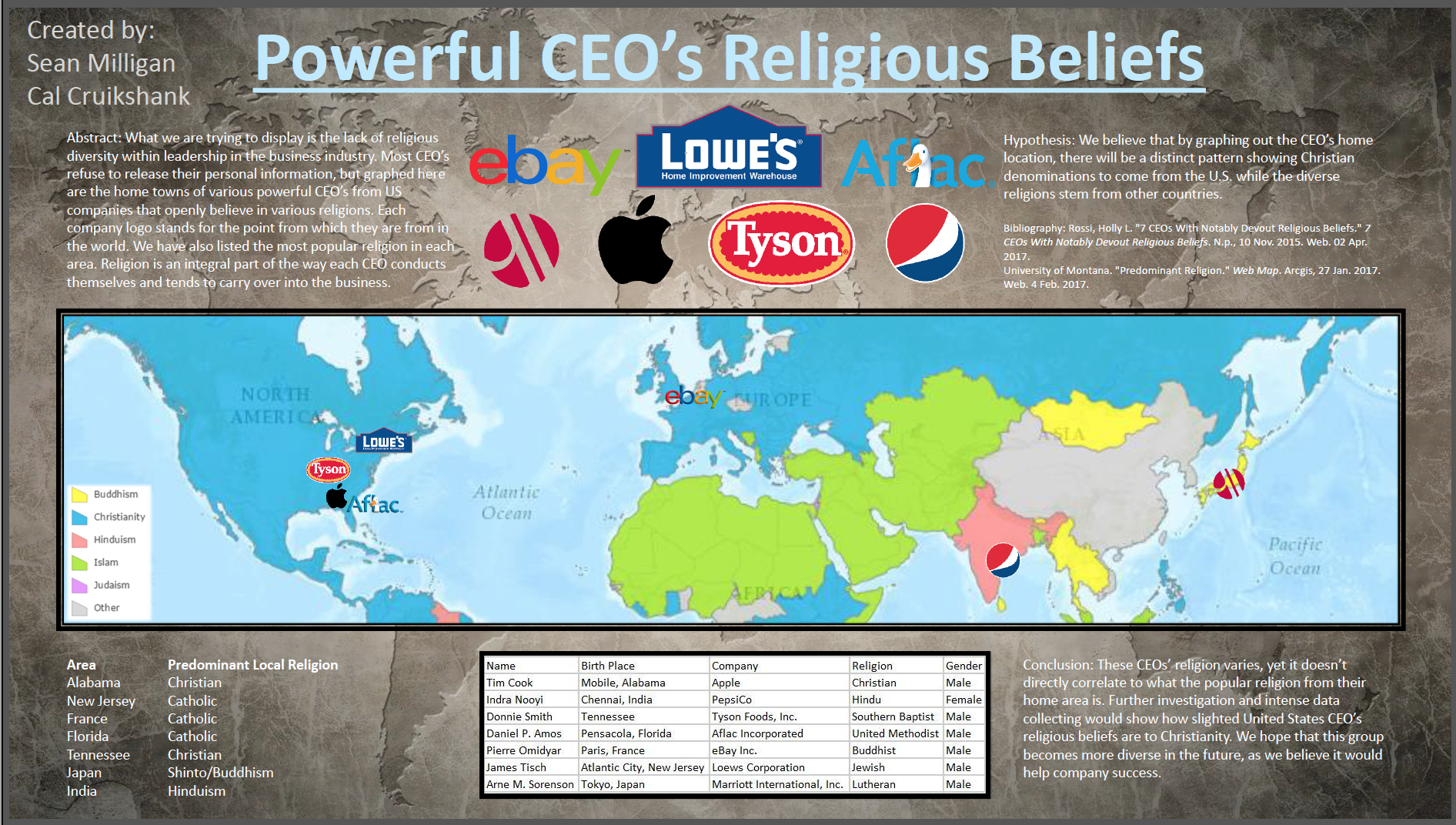 Redrawing the map of (World) Religion

The success of this grant is grounded in the Religious Studies department’s long-standing interdisciplinary character. It is likewise premised in long running classroom investment, which has demonstrated that as students encounter and inhabit an increasingly globalized world, engagement with complex models is not only intellectually interesting, it ‘makes sense’. Complementing an existing (and transformative) course component that introduces World Religions’ students to local religious networks, our “Redrawing the Map” grant has facilitated, critically informed, virtual exploration of religiously linked landscapes of global scale. More particularly, it has involved an interdisciplinary group of faculty and students in designing, implementing, and refining a curriculum that critically deploys spatial approaches and tools in a ways that: (a) facilitate identification of ancient and contemporary contexts where multiple ‘truths’ fruitfully coexist; (b) encourage exploration of settings/moments where religion has functioned as a bridge between communities of diverse practice; and (c) invite nuanced consideration of arenas where religion serves, not as a force that constrains human potential, but as an agent of active engagement, and an impetus for positive change. Through cultivating spatial, geographical and information literacies that implicitly trouble static and/or more simplistic constructs, the aimed is not solely to render the mapping of religious landscapes more complex, but derivatively, to underscore that religion remains a value-neutral vehicle of human expression; a multifaceted phenomenon which gains positive and/or negative currency solely by what we, as individuals and communities, ‘do’ with it.

In a similar vein, this project has reflected as emphatic a commitment to critically engaging the  tools and technology being deployed. In an era when faculty are increasingly being called upon to make a case for study of the Humanities in general, and Religious Studies, in particular, the Digital Humanities - and spatial tools - have emerged as exciting loci of investment. By virtue of spanning traditional disciplinary divides, digital interfaces spark engagement that renders maps infinitely malleable, information increasingly available, and sophisticated spatial analyses readily accessible. Simultaneously, however, digital capacity can as readily cloak humanistic investment with an aura of positivistic engagement and tacit appeals to ‘scientific’ authority. While this project leverages spatial approaches and tools to involve students in addressing the question of ‘why religion matters’, it has often deliberately used the tools against themselves. As students explore the degree to which ‘religion’ remains central to broader academic discourse - and foundational to conceptualizing the structures of culture and society - the goal is not to achieve definitive answers, but to generate new questions. Through applying a "geo-textual hermeneutic" (L. I. Larsen, "Mapping Religiously or Religiously Minding the Map?"), refined in close reading of authoritative texts, and purposeful engagement with a broad range of digital and print media, the aim is to “open...up a universe of possibilities, of possible critical readings, critical reading positions and practices” (“Critical Literacy Guide”). Here effective engagement with tools and texts, texts and contexts, is encapsulated in emergent use of geographic, information, and spatial approaches to foster open-ended investigation that nourishes the development of a considered, reflective and reflexive response to the cacophonous range of perceptions and voices that have not only shaped popular understandings of religion, but as readily, the implicit authority assigned technology itself.